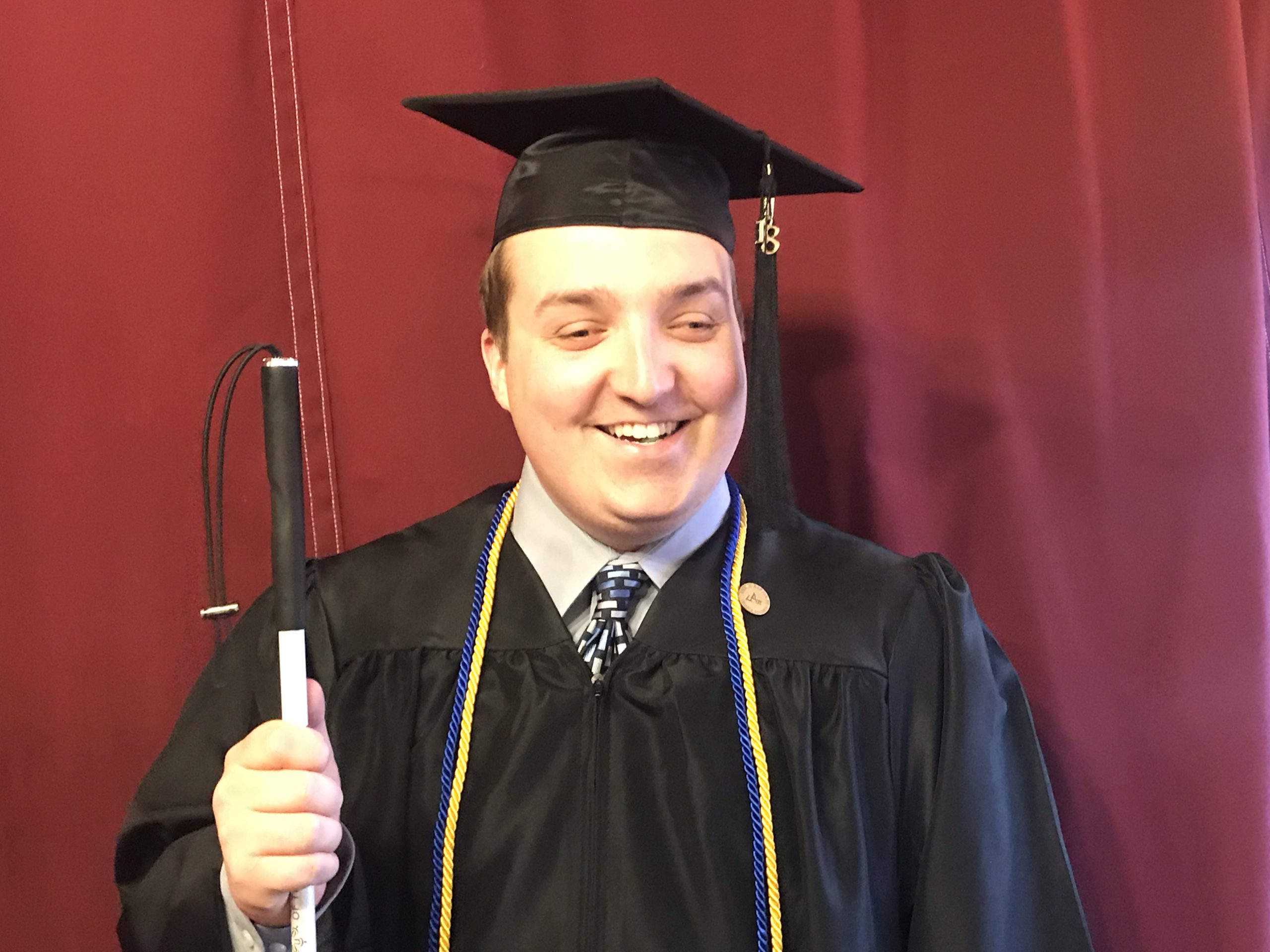 “I was diagnosed with NF type 1 shortly after being born. At the age of two, I had a seizure. Upon getting an MRI, tumors were discovered on my optic nerves.  The gliomas started to grow, and I started chemotherapy therapy treatments. Despite my chemotherapy treatments, the gliomas continued to grow. I was on numerous chemotherapy drugs that affected me in many ways. And because of the tumors, I lost the majority of my eyesight at age eight. I have been legally blind, with a visual field of 20/600, ever since.

At the age of ten, my doctors believed my brain had developed enough to withstand radiation treatments. I received around forty treatments and my Gliomas and eyesight, have been mostly stable since. I have not let my blindness define my life. I received nine months of independent life skills training. I learned how to cook, clean, and use public transportation to get around a city, with nonvisual techniques. Unfortunately, I am no longer in that position.

In March of 2020, a tumor was discovered in the front right side of the temporal lobe on my brain. Most of the tumor, later diagnosed as a Fibrosarcoma of the brain, was removed. For the second time in my life, I started radiation treatments. This was a big discussion for me, due to
my doctors telling me that my sarcoma was most likely a result of my radiation treatments as a kid. Additionally, I started receiving immunotherapy treatments.  I spent ten days in the hospital, going through tests and scans and taking numerous medications and recovering.
My ten-day stay in the hospital negatively affected my thought processing and memory. I still struggle to keep my thoughts straight and I have difficulty remembering which medications to take. I also cannot cook and clean for myself. This is particularly stressful and bothersome for me because I want to be able to take care of myself and live independently but that is not possible at this time.

I am hopeful that I will someday be able to live independently again. NF is a part of my cancer and my visual impairment. And my cancer and visual impairment are part of my life. I believe that my medical history has made me braver, stronger, and more confident in myself. My life wouldn’t be what it is without NF. There have been ups and downs, benefits and drawbacks, but that is life. That is my life dealing with NF.”

Thomas is on a limited income and new food assistance would from B Kind would give him “one less thing to worry about”.