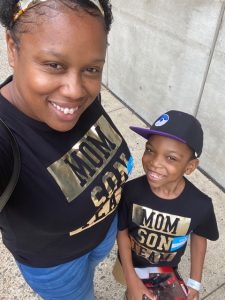 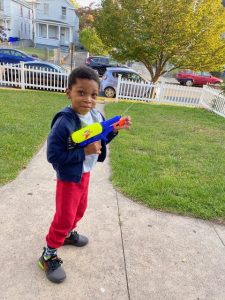 Micah is a 6-year-old boy who loves the outdoors, playing with cars, and LEGO’s. He’s funny and enjoys goofing around a lot. In 2017 everything changed…

While on vacation to the U.S. from Antigua, Micah suffered a severe asthma attack, which caused him to be hospitalized. His family history was taken, and they noticed and inquired about Micah’s freckling. Two months later, after their return to Antigua, Micah was officially diagnosed with NF1.  Shanoy had to make the impossible decision to leave her two daughters and family behind and move with Micah to the U.S. for treatment that is not available in their home country.

“Micah is suffering from inoperable tumors growing all over his body. He also has a heart condition, seizures, scoliosis, and other life-threatening issues due to his NF1. It breaks my heart to watch my son go through pain every day, and I have decided never to stop fighting for him. I’ll fight with my last breath to keep him alive and healthy for as long as I can. He’s such a sweetheart and wishes one day to be a doctor himself. His love for life gives me the strength to push on each day.”

Upon arriving in Connecticut, Shanoy and Micah moved from homeless shelter to homeless shelter until Shanoy, while doing odd jobs, saved up enough money to rent an apartment. As expected, Micah’s treatment at Yale is very costly, and finding permanent employment during a pandemic has been impossible. When we were introduced to Shanoy, she was very worried they may again be forced to return to a homeless shelter.

B Kind has provided them with rent assistance for the next three months to ensure Shanoy and Micah have a roof over their heads for the holidays.