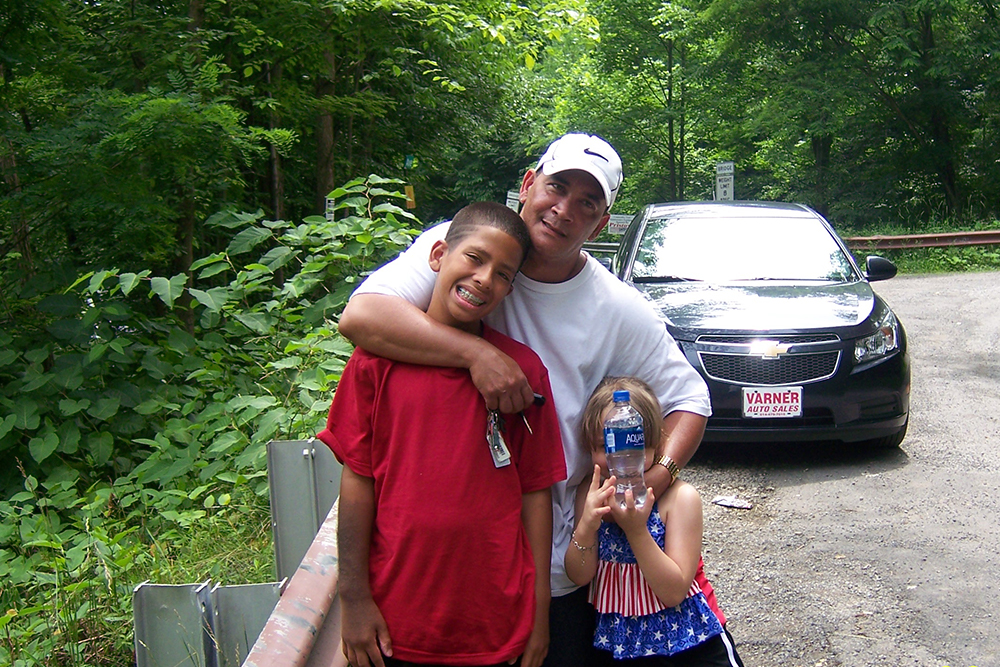 Meet Jheremias. He was diagnosed with NF at two years old.

“When Jheremias was born 2006 he was placed in the ICU for a week. Then when he turned 2 years old Doctors at Pittsburg’s Children’s hospital began the first of 3 surgeries to help remove only part of a tumor that was growing behind his left ear. At only 8 years old they remove a large tumor that is partly still there because it intertwined itself with his ear and face muscle making another operation impossible. Jheremias has had to endure painful chemo shots from the tender age of 7 for one year every week on Fridays. Some of his shots were done at home but began to get mentally hard on the family. In October 2020 he was also diagnosed with spongy heart disease on top of the NF. Jheremias will be starting a new treatment and one of the side effects is a bad rash that can cover his face and body.”

Jheremias’ step mother was laid off due to COVID. B Kind provided Jheremias’ family three months of food assistance to helo during this difficult time.