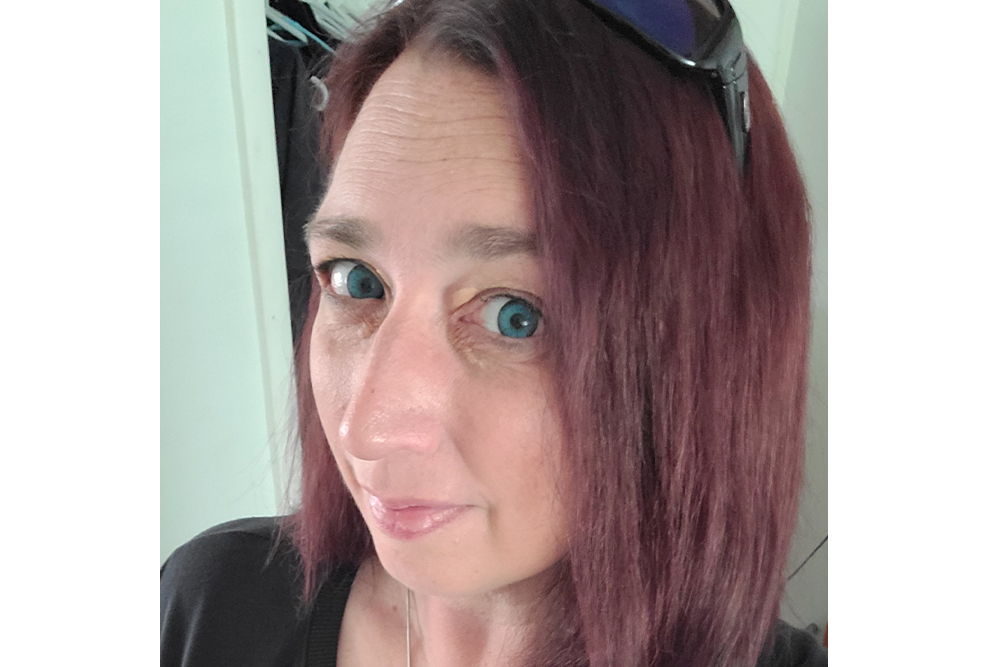 Elizabeth was diagnosed with NF at 27 by complete accident and had multiple surgeries over the next few years. “I got hurt at work and while they were trying to figure out what was wrong they found a tumor in my throat. It ended up being in front of my thyroid so it was supposed to be a simple surgery (4/2007) they hit a nerve though and I ended up with a paralyzed left vocal cord also. So i had to get an implant put in (11/2007). I had a tumor removed from my 12th rib flank area (9/2008). July 31 2009 I had to have spinal surgery. There was an ancient neurofibroma in the L4 vertebrae, they had to cut into the vertebrae to remove it. In the process of all these, I ended up losing my gallbladder (2010) and appendix (2011) because of pain medications from nf. In 2013 I had a tumor removed from my right groin. 2016 I had to have right knee surgery to clean out damage & arthritis. March of 2018 I had cyberknife surgery to try and destroy 3 inoperable tumors in my presacral area. It unfortunately did not work & ended up frying my sciatic nerve causing complex regional pain syndrome. In dec 2019 they did cryotherapy to try and destroy said tumors again.”

In December, Elizabeth had to have emergency surgery that kept her out of work for weeks. She was struggling to pay her rent because she could not work while recovering. B Kind provided rent assistance until Elizabeth was back on her feet.